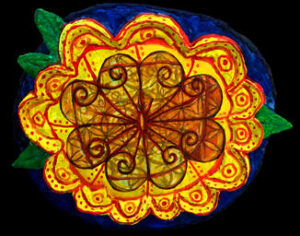 The right to contract is a very spiritual right.
Why? I you are the only person on earth, you can decide things for yourself and work things out, but once there is one other person there with you, then you have to learn how to talk and how to listen, you have to learn how share. You have to learn to com to an agreement. You have to honor and respect, and come to a contractual agreement that is written down, so that later when you get lazy you can refer back to what you agreed upon. These days we are always “accepting other people’s terms and conditions” but there was a time when we hashed out the terms and conditions between each other. As Natural men and women, we are our own authority, there is no human higher authority and we work out our contract with God versus contracting psychopathic-made systems that have nothing to do with Nature, God or our best interests.

The right to contract privately is the at the basis of Private Membership Associations, often called Private Contract Associations, in which I have the unalienable right to do business privately with anyone that I choose without government involvement. And I can also choose not to do business with those I don’t wish to do business with. In addition to this, when a business, like Xcel Energy suddenly decides to change the contract I have with them so that they can put a smart meter on my house, they are violating the contract that I signed and therefore I can opt out of their change to the contract. The same is true with your employment contract. When you got your job, it is likely that you did not agree that your boss can decide that you have to put a poison in your body that they are arbitrarily calling a “vaccine” although it is not a vaccine, by the way, so by them telling you that you have to get jabbed to keep your job they are violating your contract and you can file a criminal complaint against them which will ding their insurance. Contract Law and equity Law are 2 forms of law that we used to learn about in Civics class and now we know nothing about , as planned. Learn about them and recreate your business as a PMA or a PHA (Private Health Association) or a PEA (Private Education Association) so that you don’t have to be subject to public laws and mandates. However, you will have to educate yourself about the Constitution, The Bill of Rights, the Declaration of Independence, The Court System – get a group together to study it. I have a group going in Denver, CO weekly. I have a PMA called The Intuitive Art Society. What’s even more astonishing is to discover that the NFL is a PMA, the Rockefeller Foundation is a PMA, the Democratic National Convention is a PMA… all these operate in the private sector and are not subject to mandates and laws of the government nor do they have to pay taxes. This information has been occulted so that we have been driven into the public where have incrementally had our freedoms stripped through ignorance of the difference between the public and the private.
​
Observe in Nature, how Nature’s creatures decide who they trust and who they hang around with because they are free. Bees contract with Flowers for pollen and nectar, different species help each other out in Nature because Nature is free.
.
I chose to do a series of Unalienable Rights Sigil paintings because Natural Law is the only thing that is True, and most of us have been mentally enslaved to believe that we do not truly have these rights. If that were not the case, we would not be in the mess we are in.

I chose to utilize the Flower of Life pattern in these Sigils simply to pay homage to Natural Law and the work of Hermes Trismegistus who is said to be the creator of the Flower of Life pattern. I was reading the Emerald Tablets , translated by Michael Doreal, of Sedalia, CO while creating this painting. I also included my hand-written and hand drawn initial sigil so that you will feel comfortable creating the sigils for yourself.

The el-ites refer to the 1% – the royals – the psychopaths – the nephilim. I call them the el-ites because they are referred to as “elite” but that word is actually referring to whom they believe their God is – EL. These people are Khazarian and they became Jews in 740 AD so that they could hide out amongst the oppressed people and use that as their armor. They are the Sabbatean-Frankist Cult, The Cult of the Black Sun, the Cabal, The Illuminati… they go by many names. Research it!