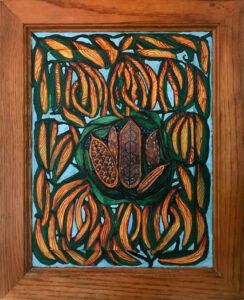 This Right proves that homelessness is a violation of Natural Law and it proves that the monetary system is not inherent to Earth. In Nature, all creatures, great and small as well as plants and bugs have their own lair. They might have to defend it against robbers, but they still have that right, which means that humans have accepted a condition of living within the system through coercion and it also proves that the system itself is a violation of Natural Law. The system promises safe haven for all but only gives it to some and that is becoming fewer and fewer if you don’t conform to more and more requirements of the system.

Observe in Nature, how Nature’s creatures all have their own lair … birds make nests in sheltered places, bees build hives in tree stumps, bears have dens in caves, plants grow together in open spaces, trees grow together and create groves, antelope, wild horses, deer, find shelter together in herds, everywhere on earth is a potential lair for creatures of earth.

When Native people lived in tribes upon the land- that was the closest I believe we have come to living rightly. This container that we are currently trapped in is a system of slavery and so it has been ver a very long time. The el-ites have seen to it that all Native people have been either eradicated or their land has been stolen from them and they have had to integrate into “civilization”. Most recently, the aborigines of Australia have been killed off during this skamdemic, their land stolen and then the “volcano” in the ocean in January 2022 displaced the Tonga people, who were the last primitives freely living on the lands and now they have been moved to the mainland and their lands have been stolen by the el-ites.